My work to end violence against women and girls began many years ago.   It began less as a conscious decision than a slow building of awareness and activism that was unconsciously grounded in my personal experiences and the telling of survival of those around me.   So when I was asked to reflect on the question “Why am I part of the move to end violence” it took a bit longer to respond than I originally thought.  Initially, my response was simple and straightforward and was based on my conscious understanding of violence - the data is clear - we all understand the urgency of this situation and the need to act.

‍1 in 7 women will experience physical and sexual violence in their lifetime.

1 in 4 girls will be sexually violated by the time she turns 18.

‍Yet as I pondered this response I began having memories of the countless stories of incest, molestation, rape, and battery that I have heard and experienced during the course of my life.   With each recollection came the memory of another and then another and then another.  Stories of girls and women surviving violence perpetrated against them by immediate and distant relatives, neighbors, teachers, “friends”, religious leaders, “lovers”, and complete strangers – with some of these experiences occurring as early as the age of 7.  These were not random stories that I had read or heard about in the news, but the lived experiences of friends, family, partners, and intermingled among these stories, my own experiences with violence.

"The perpetration of violence acts to destroy and alter. It shifts our realities, strains our trust, tears holes into our sense of safety, and attempts to deny us a place of dignity and respect. Perpetrators strive to control and silence us."

Several years ago I found myself in an early morning conversation with a close friend – a mommy to be.  During our conversation she explained how she had awoken in the middle of the night - in tears.  Terrified.  Questioning what she had done. Questioning how she could bring a girl – her daughter - into this world.  How would she protect her? How would she keep her from becoming a statistic - a victim of the violence that faces so many girls – so many women?  I did not have “the answer” for her, but I tried to console her as best as I could -reminding her about the power of a mother’s love and support to heal a child even in the most difficult of circumstances.

‍Moving Towards the Beloved Community

‍Over the past few decades much progress has been made in the fight to end violence against women and girls.  Our understanding of the impact of violence and its pervasiveness is well known.  It is reflected in legislation such as the Violence Against Women Act (VAWA), the availability of programs specifically dedicated to provide services to survivors of violence and the campaigns to educate the public on the nature of violence and its impact on those that it touched.  However, much work still needs to be done.

Through my current work, there are still too many stories of girls and young women who are forced to find the strength to be resilient against the violence that they have endured.  Many of these stories are the same stories that reside in my unconscious memories with some taking on more extreme forms such as the selling of women and young girls for the sexual pleasure of another.  It is imperative that we continue the work – with new vision, a new direction and new strategies.  And this is what the Move to End Violence Initiative is about – moving our world another step towards the “Beloved Community” – a step that will require the efforts of all of those who care about the future our children.  As stated by Martin Luther King, Jr.,

‍While we probably will not reach the “beloved community” in my lifetime, I truly believe we are ready for the next step towards our final goal.  We are ready to move 1 in 7, to 1 in 500, to a world where perhaps the daughter of my friend will not call her friend with the same fear and sense of desperation.

This is why I am a part of the movement to end violence. 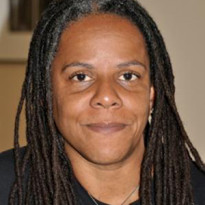 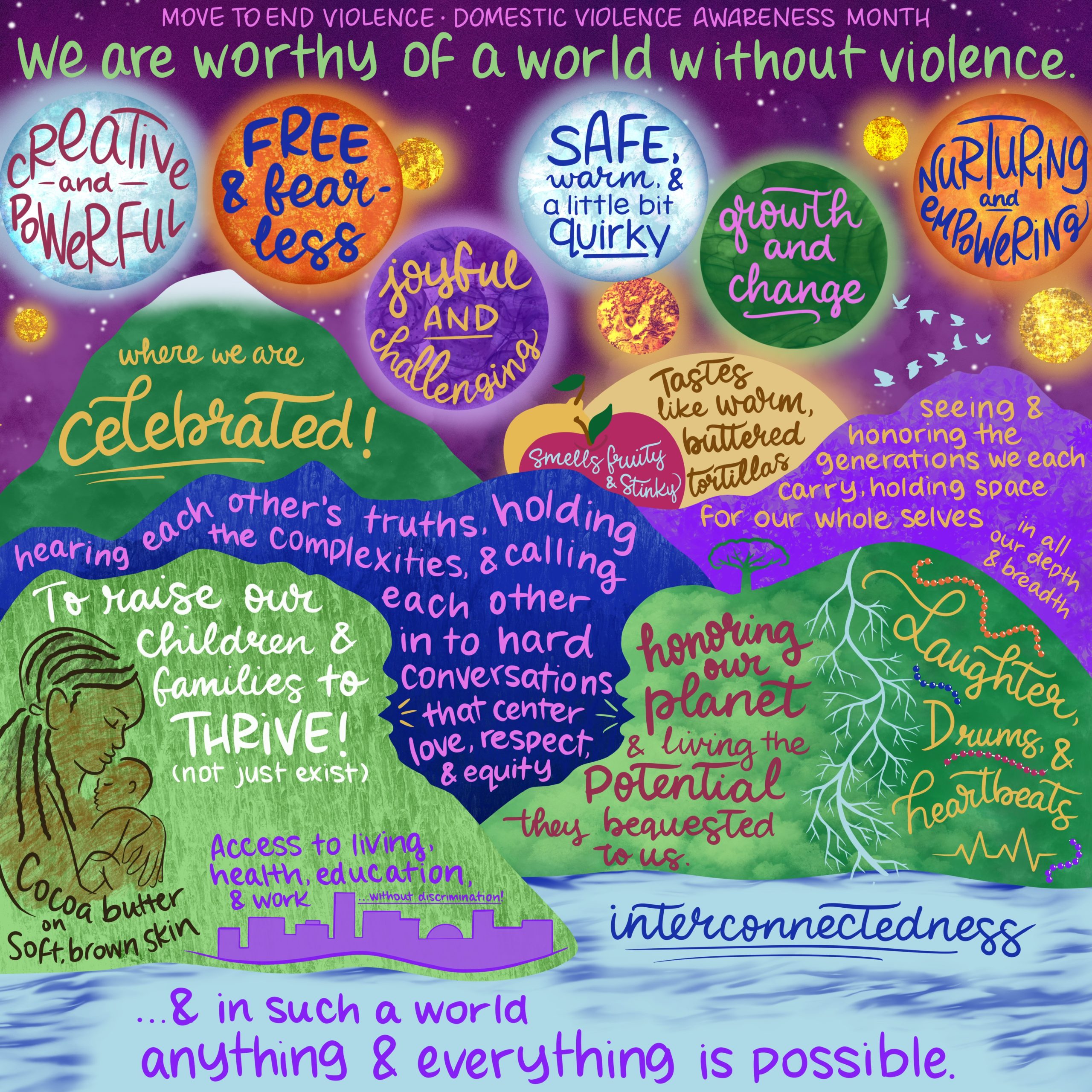